The journey to fame is seldom, if ever easy, straightforward, or paved with gold. For many actors the road to success is paved with hard work, blood, sweat, tears, and prayers. For If Loving You Is Wrong’s Joel Rush this has definitely been the case, and it makes for one amazing story! Joel rose from humble beginnings in a hard working, Christian family. His passion for acting was ignited in high school when, like a page from High School Musical, he begin acting in plays while also playing on the football team! “People would be surprised at the stuff I know how to do…you think you have me pegged and then BOOM! I got you fooled [he laughs]!” Indeed Joel has proven his acting skills and versatility with numerous roles over the years; from Daytime television to commercials. In fact, the latter is how master playwright and director, Tyler Perry, discovered him. “I had just done a commercial for Direct TV and I got a call from agent who was super excited, telling me that he [Tyler Perry] had seen me on the commercial and had a part in mind for me…needless to say I was ready…working with Tyler is huge!” 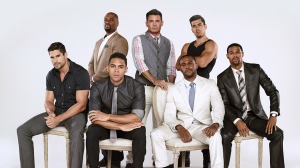 Joel auditioned for the role of “Edward,” and read with other future cast members to see how their chemistry looked. The entire process surprisingly occurred over a matter of days– a rare feat in the industry. “Usually when you audition for a part it’s this long drawn out process that lasts a month or two and consists of multiple auditions, reads… you can be cut at anytime from the process if they don’t feel like you’re gonna work out…With him [Tyler Perry] it is different. I literally auditioned, read, and got the part.” When asked if Tyler Perry is just that efficient, Joel replies, “Yes, and he’s just that awesome of a director!” 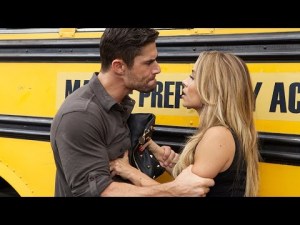 As Edward, Joel is the bad guy you will love to hate. Edward is a cop—a crooked one, with anger issues that rival “The Incredible Hulk.” He believes in doing whatever he must to take care of himself, and is willing to abuse his power to make anyone suffer who dares get in his way. Already on the show, he has shot a man in the leg, made racial epithets towards his partner, snorted cocaine while on duty, and threatened the mother of his daughter. Yeah, bad stuff. Joel admits that portraying this character forces him to draw on his own anger and experiences. “Eddie is one heck of a guy…I have to pull from some pretty rough places to be him…he and I have some similarities in that we are dedicated to our family, are very resourceful, and won’t take crap from anyone…but with a character like that you really hope they develop a background story as to why he’s so angry. Anyone that angry, and with that many problems, has to have an awesome back story.”

Despite Edward’s darker nature, the character has a bright spot in the form of his loyalty to his best friend, Brad (Aiden Turner). In fact he seems to be the only person on the show he respects. Perhaps this rings true and through with viewers, because he and Aiden are good friends in real life. In fact, Joel is great friends with not only Aiden, but Eltony Williams as well. Eltony is “Randal,” another character who is routinely on the more aggressive and violent end of Edward’s antics. “They [Aiden and Eltony] are my boys man…Eltony and I are always doing something together, he’s like my brother…My first scene as Eddie was with them and I pretty much had to be a jerk to Randal [Eltony] and he didn’t even know me…I’m not sure how they took that, but if you felt uncomfortable just from watching that then I guess that means I did my job right [he laughs]!”

Besides Aiden and Eltony, Joel admits he enjoys hanging with other cast mates as well. He finds April Parker Jones (Natalie) to be exceptionally talented, and picks Zulay Henao (Esperanza) has his celebrity crush! “I love my cast mates man! After we’re done for the day with production we all head over to the nearest person’s house and hang out. The guys get meat on the grill, the ladies start making salads…it’s just a good time…then we’re all just a few years apart so we relate to each other so much…it’s like a family man!” Joel admits the immenseness of the success of If Loving You Is Wrong boggles his mind. The show has garnered millions of viewers and is OWN’s biggest premiere to date! The new season premiere earned even more viewers and set the tone for a season of vengeance! “This season anyone who has had something coming to them really gets it!” The current season has already been filmed, but Joel confirms the show has been renewed for two more seasons. In fact, they begin filming the third season next month in Atlanta.

As you can see, Joel Rush is a man that you cannot help but be impressed by. Not only is he talented, handsome, fun, and thoughtful—he is socially conscious. His portrayal of a corrupt cop has stirred some controversy from police advocates. The current strife between minorities and police is something that does not sit well with him. “He’s [Edward] a character and he’s not indicative of all cops…I had the privilege of riding around with the APD [Atlanta Police Department] to learn more about my character and I know for a fact there are some good cops out there…it’s the individuals that are abusing their power and hurting people that are the problem…now their actions are undoing all the progress towards equality that we’ve made as a country and it’s becoming really ugly…When Obama was elected it signaled a change in the world and how we see things…we need to get back to that…”

If Loving You Is Wrong is proving to be quite the hotbed for some amazing stars and Joel Rush is definitely one of them! This awesome guy has God on his side, a dynamic career, and nothing but the sky to reach. You can catch him Tuesday nights 9:00 PM EST, only on OWN! 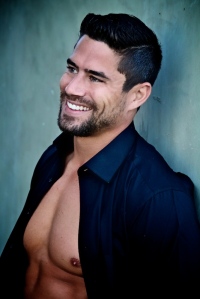 YES! Michael B. Jordan’s “Without Remorse” Is Non-Stop Action!