Dogs are often called “Man’s Best Friend.” For what seems like eons now they have served, protected, and worked with us for our own benefit. However, we have not always been so kind to them. Every year thousands of dogs are abandoned, abused, or killed all because they are viewed as worthless or a nuisance. There seems to be no voice for these furry fellows. Interestingly, one director has dared to wonder what would happen if the tables were turned and dogs, particularly mutts (mixed breeds), turned on their human masters?

Directed by Kornel Mundruzco, White God is the film that answers this fascinating and frightening revolution. The film centers around a mixed breed dog, Hagan, who moves along with his owner, Lili (Zsófia Psotta ), to her father’s home. Unwilling to pay a steep “mongrel” fine imposed by the government to keep Hagan; he abandons him on the side of the road as a tearful Lili looks on. Hagan is determined to find his way back to her and in the process attracts a large group of mixed breed dogs. They move like a well organized army instead of a pack of animals sparking an uprising against their human oppressors. 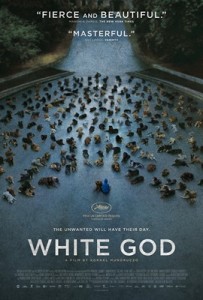 From the trailer this film seems like Homeward Bound: The Incredible Journey (1993) meets Dawn of The Planet of The Apes (2014)! Hagan’s incredible story is truly unique. Told from his point of view, you really get to feel like a dog. Thus, you want the dogs to prevail. The film not only pushes animal rights but is an outiright metaphor of why oppressed people anywhere would rise up. All it takes is one individual to declare enough is enough! 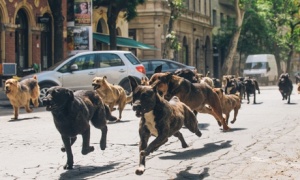 White God is a foreign film that has already earned the Prize Un Certain Regard at the 2014 Cannes Film Festival. The dogs in the film were also awarded with the Palm Dog Award. Additionally, The film has been selected as the Hungarian entry for the Best Foreign Language Film at the 87th Academy Awards. You can catch White God in American theaters everywhere March 2015.